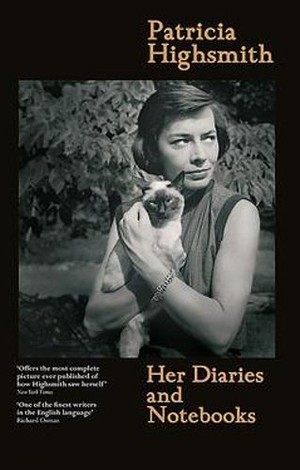 Published for the very first time for the centenary of her birth, Patricia Highsmith's diaries and notebooks offer an unforgettable insight into the life and mind of one of the twentieth century's most fascinating writers. Though the famously secretive Highsmith refused to authorise a biography during her lifetime, she left behind 8,000 pages of notebooks and diaries, along with tantalising instructions on how they should be read. This one-volume assemblage reveals, at last, the inscrutable figure behind the pen. The diaries show Highsmith's unwavering literary ambitions - coming often at huge personal sacrifice. We see Highsmith drafting Strangers on a Train while attending the Yaddo artists' colony in 1948, alongside Flannery O'Connor and at Truman Capote's recommendation. We feel her euphoria writing The Price of Salt (later adapted into the film Carol), one of the first mainstream novels to depict two women in love. And we watch Highsmith in Positano, subsisting on little more than cigarettes and gleefully conjuring Mr Ripley, the sociopathic anti-hero that would cement her reputation. In these pages Highsmith reflects on good and evil, loneliness and intimacy, sexuality and sacrifice, love and murder. She describes her tumultuous romantic relationships, alongside her sometimes dizzying social life involving Jane Bowles, Peggy Guggenheim, Carson McCullers, Arthur Koestler and W. H. Auden. And in her skewering of McCarthy-era America, her prickly disparagement of contemporary art and ever-percolating prejudices, we see Highsmith revealing the roots of her psychological angst and acuity.