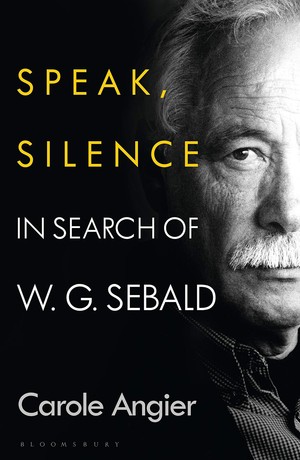 In search of W.G. Sebald

'A remarkable portrait of a writer consumed by work, a man who fashioned, out of his own considerable erudition and culture, his imagination and his empathy, a kind of writing that was entirely his own' Guardian

W. G. Sebald was one of the most extraordinary and influential writers of the twentieth century. Through books including The Emigrants, Austerlitz and The Rings of Saturn, he pursued an original literary vision that combined fiction, history, autobiography and photography and addressed some of the most profound themes of contemporary literature: the burden of the Holocaust, memory, loss and exile.

The first biography to explore his life and work, Speak, Silence pursues the true Sebald through the memories of those who knew him and through the work he left behind. This quest takes Carole Angier from Sebald's birth as a second-generation German at the end of the Second World War, through his rejection of the poisoned inheritance of the Third Reich, to his emigration to England, exploring the choice of isolation and exile that drove his work. It digs deep into a creative mind on the edge, finding profound empathy and paradoxical ruthlessness, saving humour, and an elusive mix of fact and fiction in his life as well as work. The result is a unique, ferociously original portrait.